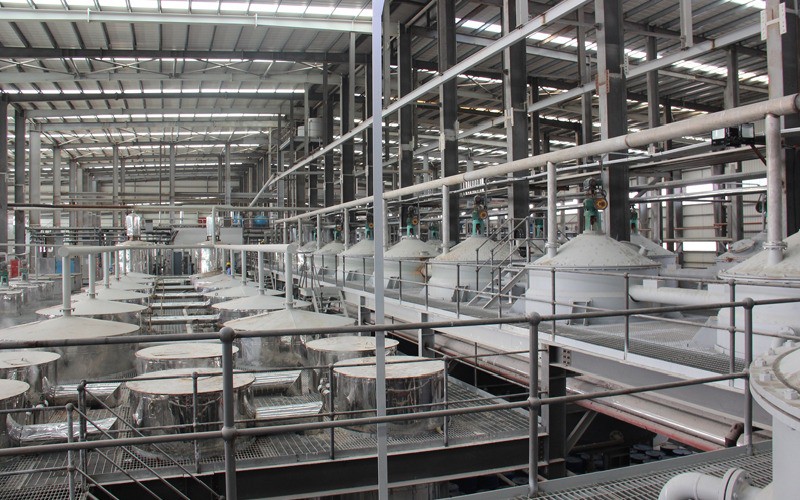 SEBACIC Oman Refinery for the production of Sebacic acid has entered the production stage after the successful completion of the preliminary tests during the last three months. The refinery is the first industrial project in the heavy industries zone to operate in the Special Economic Zone in Duqm (SEZD).

Dr. Ismail bin Ahmed Al-Balushi, Deputy CEO of the Special Economic Zone Authority in Duqm (SEZAD), asserted that the operation of SEBACIC Refinery would prepare Duqm to enter the era of heavy industries and pointed out that SEZAD encourages Omani and foreign investors to invest in the heavy industries sector as one of the important economic mainstays.

"We are delighted that this project has started production and we look forward to seeing more projects in the heavy industry zone in the coming years, which witnesses the launch of construction works of the Duqm Refinery as well. SEZD is well poised to support the success of investment in this sector," Al-Balushi said in a press statement following his field visit to the refinery.

The refinery is the first of its kind in the Middle East for the production of Sebacic acid extracted from castor oil and used in many chemical, plastics and pharmaceutical industries as well as a feedstock in the manufacture of disinfectants, paints and perfumes. This product of high economic value encourages the establishment of other industries.

For his part, Sheikh Khalid bin Hilal Al-Ma'wali, the project partner, expressed his happiness for the commencement of actual production of SEBACIC Oman Refinery and indicated that that it represents an outstanding addition to the renewable chemical industries in SEZD. "This will pave the way in the future for advanced technological industries that enter into many industrial fields," said Al-Ma'wali.

"The target markets for the company's products include the United States, European countries, Japan and Korea as one of the most countries that use these products that enter into many industries. Although Sebacic acid is the most prominent product of the company, the refinery has other products, such as glycerin used in food and medical industries, octanol and DOP used in the plastics industry," added Al-Ma'wali.

At the end of his statement, he expressed his sincere thanks to the government and SEZAD for their support of the project and called upon Almighty God to help us to serve this dear country.